Tickets are on sale now for the Christmas world championship boxing extravaganza at the Manchester Arena on Saturday 19th December headlined with an amazing THREE world fights featuring the Best of British.

WBO World Middleweight Champion Andy Lee finally puts his world title on the line against rival Billy Joe Saunders in the highly anticipated showdown that everyone has been waiting to see.

Super-flyweight stars Jamie Conlan and Paul Butler are heading towards a potential blockbuster showdown next year and the pair will meet face-to-face next month.

The unbeaten Swindon star defends his WBO European crown as he replaces the original show topper Mitchell Smith who suffered a hand injury, with Indian superstar Vijender Singh having his second professional fight on the card. 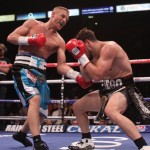 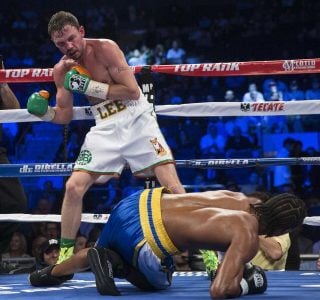 The premier 160lb fighters are raring to get in the ring and decide who is the best after seeing two previous postponements of their fight – Lee with a viral infection and Saunders with a cut eye – and both are promising to close the year with an explosive ending, live and exclusive on BoxNation.

WBO World Lightweight Champion Terry Flanagan might boast the second longest unblemished record in British boxing but, despite home court at Manchester Arena, the odds setters are struggling to determine a favourite when the ‘Turbo’ makes his maiden defence against Diego Magdaleno this Saturday.