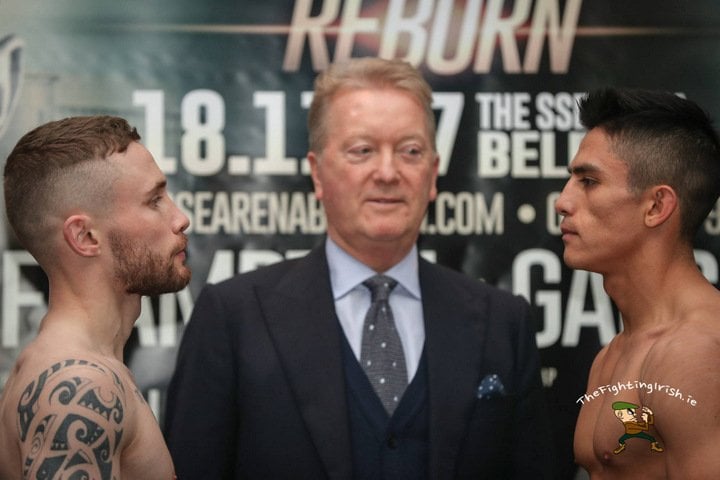 Carl Frampton insists that he has to win in style on his ‘second coming’ against Mexican Horacio Garcia at the SSE Odyssey Arena tonight in Belfast.

‘The Jackal’ tops one of Irish boxing’s biggest ever fight bills this weekend as the ‘Frampton Reborn’ card also features Jamie Conlan challenging for the IBF world super-flyweight title while three-time Olympian Paddy Barnes competes in his fifth pro bout, live on BT Sport and BoxNation. 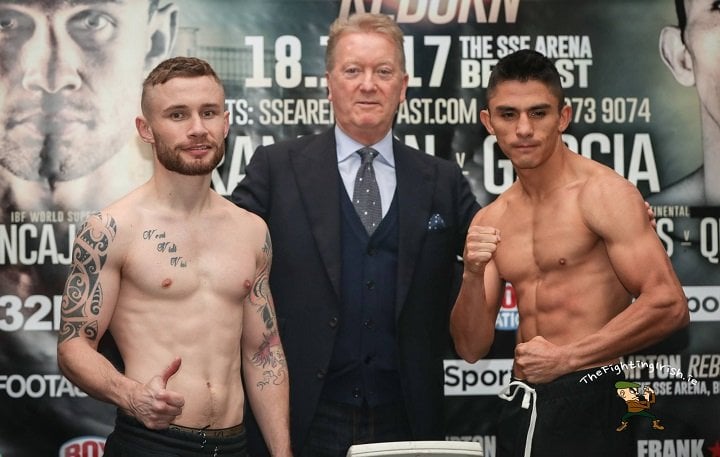 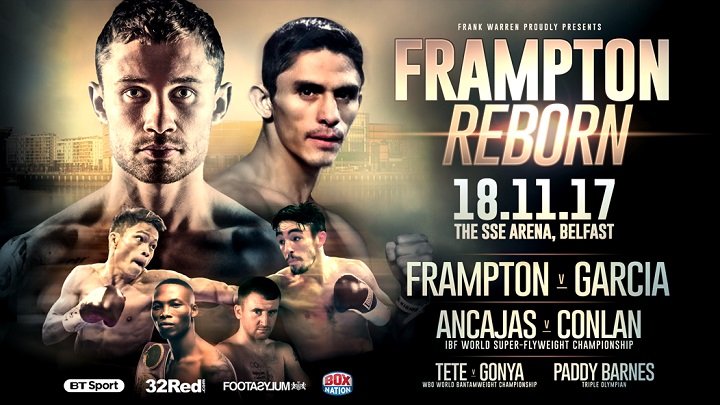 Saul ‘Canelo’ Alvarez will be cheering for a shock upset on Saturday night as the Mexican superstar will be ringside in Belfast to support fellow Guadalajara native Horacio Garcia against hometown hero Carl Frampton.

‘The Jackal’ tops a massive ‘Frampton Reborn’ fight bill this weekend in what will be his first home bout in over two-and-a-half years, live on BT Sport and BoxNation, at the SSE Odyssey Arena.

MTK Global are delighted to announce Tommy Philbin will face Rhys Pagan for the vacant Super-Middleweight title at ‘Capital Collision’ on October 6th in Meadowbank Arena, live on BoxNation.

September 15th marks the beginning of a big season for MTK Scotland as they return to the Crowne Plaza for the next instalment of the popular Boxing Dinner club series.

The September date is the first of a scheduled five events between September and December, three of those within a four-week period and the focus is on delivering boxing fans competitive title contests featuring the best of Scottish boxing.

December 3rd is quickly approaching and MGM Scotland begin the festive month with an evening of action-packed boxing from the Paisley Lagoon Centre, exclusively live on BoxNation.
Building on the success of Championship Boxing in October, MGM Scotland return with another television date to showcase a stacked card full of quality boxers from throughout the United Kingdom and Ireland.

It’s fight week at Bellahouston, and we look ahead to a stacked card of boxing as MGM Scotland host their first televised event. With a total of eleven fights scheduled, this show promises to be action-packed, screened live on BoxNation.

Main Event features Edinburgh’s Stephen ‘Monster’ Simmons (14-1) against German Cruiserweight Lars Buchholz (27-9) over ten rounds. Since his defeat to Jon-Lewis Dickinson in April 2015, Simmons has notched up three consecutive victories and re-established himself as a genuine force in the British Cruiserweight Division. A scheduled meeting with OleksandrUsyk earlier this year fell through due to injury, however, Simmons returns, in a make or break fight. 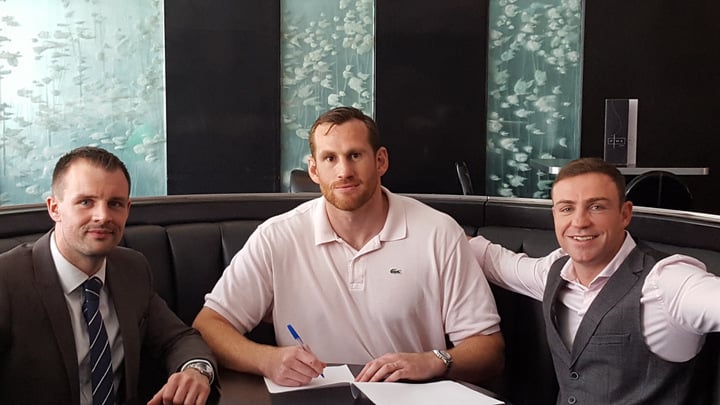 MGM are delighted to confirm David Price as the latest addition to our growing stable of boxers.

The Heavyweight Division is currently in the midst of an exciting new era and MGM firmly believe that David Price will feature prominently on the world scene within the next twelve months.

Anthony Joshua may be making his first defence of his IBF world heavyweight title against Dominic Breazeale at the O2 Arena on Saturday night. But not forgetting there is a much-anticipated chief support bout as MGM´s Martin Murray takes on George Groves at super-middleweight.