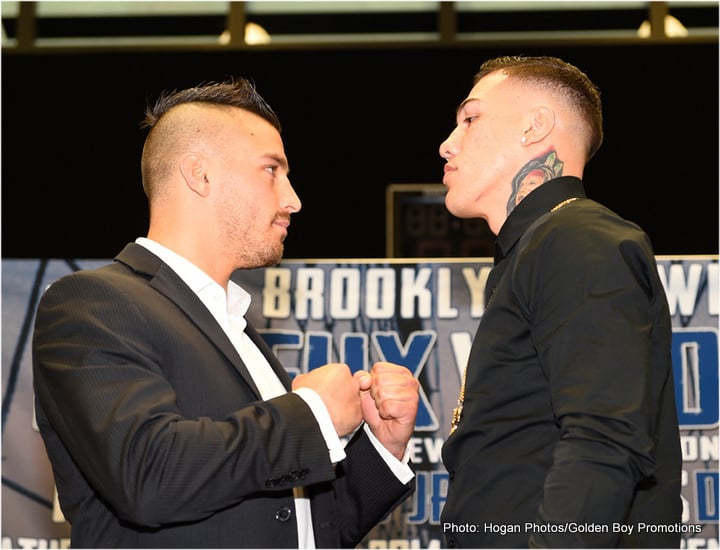 DAVID LEMIEUX, NABF Middleweight Champion – “Thank you to everybody for being here, it is a great honor and great opportunity for me to be able to fight in Brooklyn at Barclays Center.

“I’m very excited. I didn’t sleep much last night just getting excited to talk in front of you all.

“I can’t wait for the fight. Gabriel Rosado is a great fighter. He comes to fight and he’s a very tough opponent. However, I’ve never felt so strong in a camp and trained so well. If you saw my fight against Fernando Guerrero, it is going to be a new David again.

THE FIGHT GAME WITH JIM LAMPLEY returns for its latest edition TONIGHT (11:00-11:30 pm. ET/PT), exclusively on HBO. Hosted by the four-time Sports Emmy® winner, who has been the host of HBO Boxing since joining the network in 1988, the show is a provocative, engaging and informative experience that delves into intriguing storylines, newsmakers and issues that are top-of-mind in boxing.

In the highly-anticipated 175-pound title fight set for the venerable Boardwalk Hall arena in Atlantic City, NJ, on Nov. 8, Hopkins and Kovalev will collide in the year’s most intriguing encounter. HBO will televise it live on the flagship World Championship Boxing series. 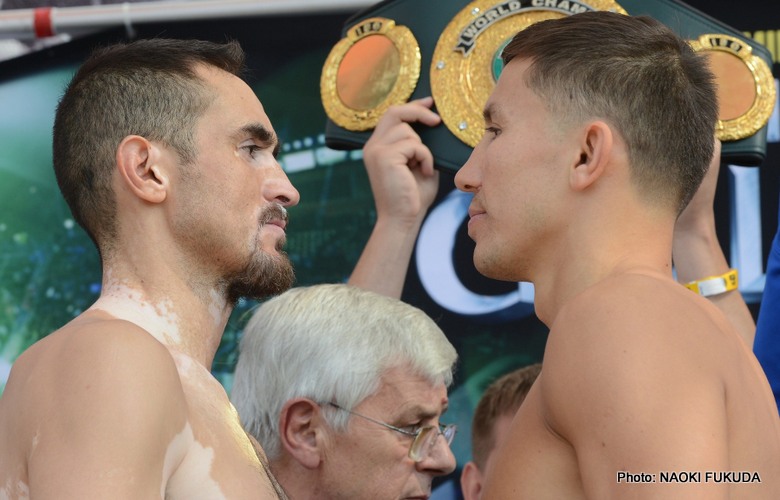 In two short years, middleweight titleholder Gennady Golovkin has built a powerhouse reputation with East Coast fans thanks to an intriguing array of skills, highlighted by stunning knockout power, becoming perhaps the sport’s most feared fighter.

Now, he takes aim at the West Coast in his first Los Angeles-area prizefight when WORLD CHAMPIONSHIP BOXING: GENNADY GOLOVKIN VS. MARCO ANTONIO RUBIO AND NONITO DONAIRE VS. NICHOLAS WALTERS is seen SATURDAY, OCT. 18 at 10:00 p.m. ET/PT from StubHub Center in Carson, Cal., exclusively on HBO. The HBO Sports team will be ringside for the event, which will be available in HDTV, closed-captioned for the hearing-impaired and presented in Spanish on HBO Latino.

Atlantic City, NJ (Oct. 3) – A member of the 2008 United States Olympic team who is rapidly speeding up the welterweight ladder, Brooklyn’s Sadam “World Kid” Ali will look to announce his arrival on the international stage at Boardwalk Hall in Atlantic City, NJ on Saturday, November 8, when he faces his biggest challenge to date in the form of veteran Luis Carlos “El Potro” Abregu. The bout will open the HBO World Championship Boxing telecast headlined by the light heavyweight title unification showdown between Bernard “The Alien” Hopkins and Sergey “Krusher” Kovalev beginning at 10:45 p.m. ET/PT. 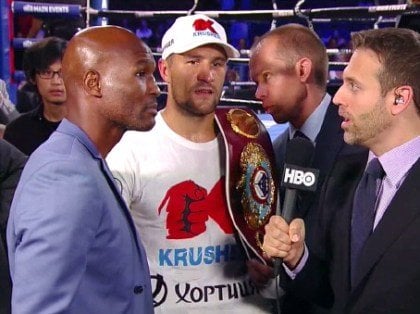