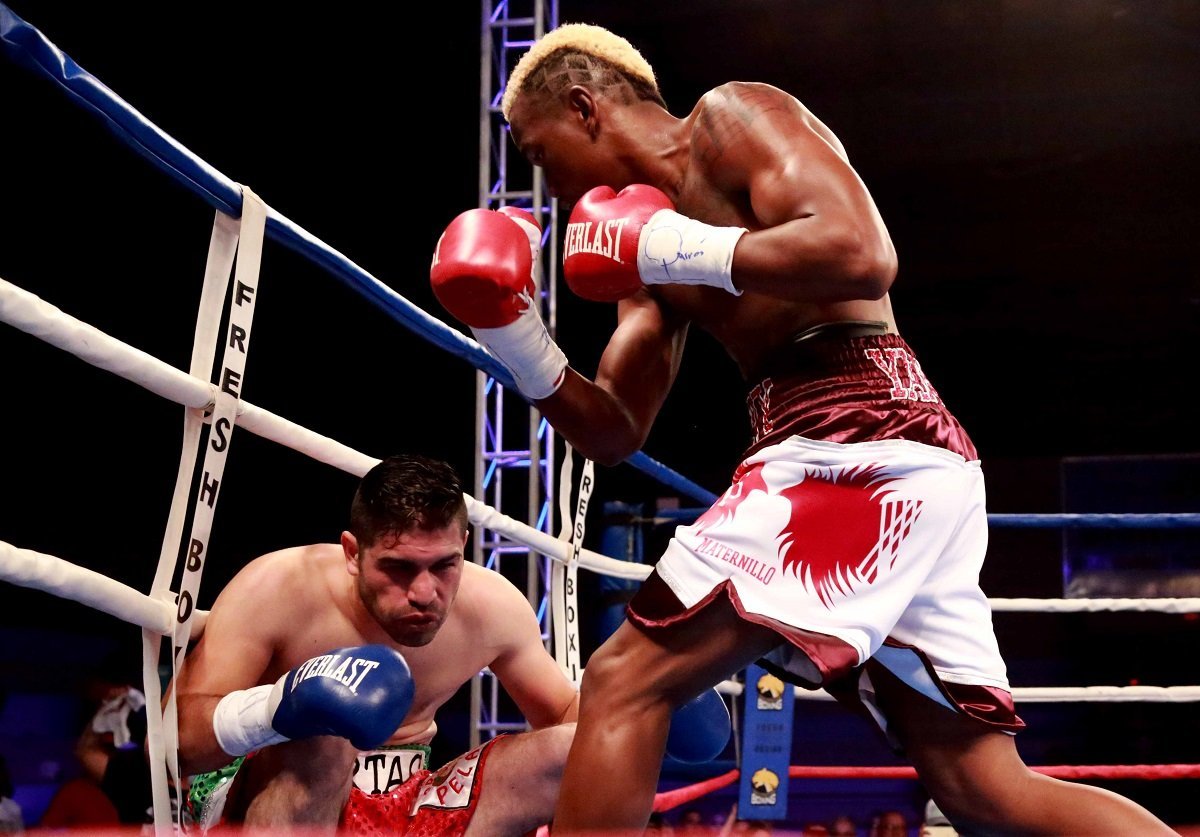 After an impressive third round win over world title challenger Daulis Prescott, Puerto Rican prospect Subriel Matías (9-0, 9 KO’s) from the Maternillo neighborhood of Fajardo has a big test … Read more

The “Redemption” boxing card, to be presented at the Salon Mezzanine of Tijuana, Baja California, Mexico scheduled for next May 13, will feature some of the most prominent prospects from prestigious boxing gyms in Oakland, Los Angeles, San Diego, California and Las Vegas, Nevada.

The legendary trainer, Félix Pagán Pintor, has been confirmed to join the group of elite puertorrican trainers that will be supporting Thomas Dulorme ( 22-1, 14 KO’s ) in his corner. On Saturday, April 18th, Dulorme will be facing the biggest challenge of his young career as he faces the “2014 Boxer of the year” and lightweight world champion Terence Crawford ( 25-0,17 KO’s ) in a World Championship fight scheduled for 12 rounds for vacant WBO World Junior Welterweight title. The fight will be held at College Park Center located on the campus of the University of Texas, Arlington. The Fight will be televised live on ‘HBO Boxing After Dark’, beginning at 9:45 p.m. ET/PT.

Former amateur star, ‘Speedy’ Rashidi Ellis ( 13-0, 10 KO’s ) from Lynn, Massachusetts will return to the ring this Saturday, March 14th at the Roger L. Mendoza Coliseum in Caguas, Puerto Rico. His opponent will be Colombian, Victor Gonzalez ( 12-9, 11 KO’s ) in a 8-round bout, schedule for the vacants WBA FedeCaribe, and WBC Latino welterweight titles.

PUERTO RICO (March 10, 2015) – Last Thursday in Arlington, Texas a press conference was held to announce the world title bout between junior welterweight top contender, Thomas ‘French Boy’ Dulorme (22-1, 14 KOs), and 2014 ‘Boxer of the Year’ and former lightweight WBO world champion, Terence ‘Bud’ Crawford (25-0 , 17 KOs) for their upcoming clash on Saturday, April 18 at the College Park Center, located at the University of Texas, Arlington. Crawford-Dulorme will be for the vacant WBO junior welterweight world title. The world championship fight will be televised live on HBO Boxing After Dark®, beginning at 9:45 p.m. ET/PT.